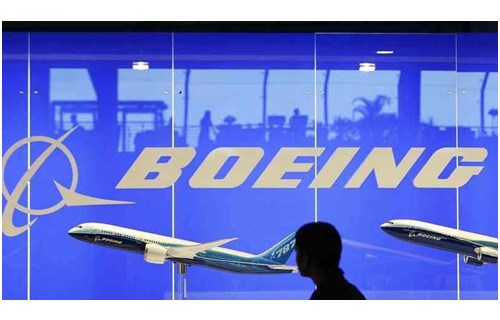 Boeing Co opened its first 737 completion plant in China on Saturday, a strategic investment aimed at building a sales lead over arch-rival Airbus in one of the world’s top travel markets.

The world’s largest planemaker was also poised to deliver the first of its top-selling 737s completed at the facility in Zhoushan, about 290 km (180 miles) southeast of Shanghai, to state carrier Air China during a ceremony on Saturday with top executives from both companies.

Boeing and Airbus have been expanding their footprint in China as they vie for orders in the fast-growing aviation market, which is expected to overtake the United States as the world’s largest in the next decade.

Chicago-based Boeing calls itself the top U.S. exporter and delivered more than one out of every four jetliners it made last year to customers in China, where it forecasts demand for 7,700 new airplanes over the next 20 years valued at 1.2 trillion U.S. dollars.

However, the plant’s inaugural ceremony was overshadowed by tensions between the United States and China as they engage in a bruising tit-for-tat tariff war. The world’s two largest economies are in a 90-day detente to negotiate a trade deal.